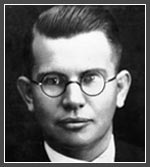 Born in Irvinebank in 1899, son of a schoolteacher, Bennett graduated in Science at the University of Queensland, and, after working at South Johnstone Mill, completed a Master of Applied Science degree. About that time a special Technological Division was to be formed for the purpose of giving assistance, where required, on problems associated with the methods and processes of sugar manufacture.

Bennett was included in the trio of BSES travelling scholarship holders sent abroad for four years study (along with A.F. Bell and H.W. Kerr), and gained extensive experience in Louisiana, Cuba and Java, returning in March 1928 to join the staff of the Sugar Experiment Station and head the new division. Prior to his return he visited the sugar industries of Java and Hawaii, and reports of these visits appeared in BSES publications on his return.

On his first visits to Australian Mills, he found that ignorance of proper chemical technique was widespread. He was able to institute a sound basis of recording performance figures in a Mutual Control System that continues into the present day as an aid to improving factory work. Bennett's groundwork led to the first meeting of the Queensland - now renamed Australian - Society of Sugar Cane Technologists, and he acted as its first secretary.

In 1932 he resigned from the BSES Division of Mill Technology (then headquartered at the Mackay Experiment Station) to take up the position of Manager, Racecourse Central Mill. He had close associations with Racecourse as early as late 1928, and this lasted for some twenty years, carrying Racecourse through the war years with consolidation and modernisation. He resigned as Manager from 14th February 1948, but rejoined the industry as Chief Chemist of the Invicta Mill in 1954, upgrading to Manager the following year. After securing the Mill's future with the tramway link to Clare in the 1960s expansion, he retired to Bowraville, NSW, where he died in 1974 aged 75 years.